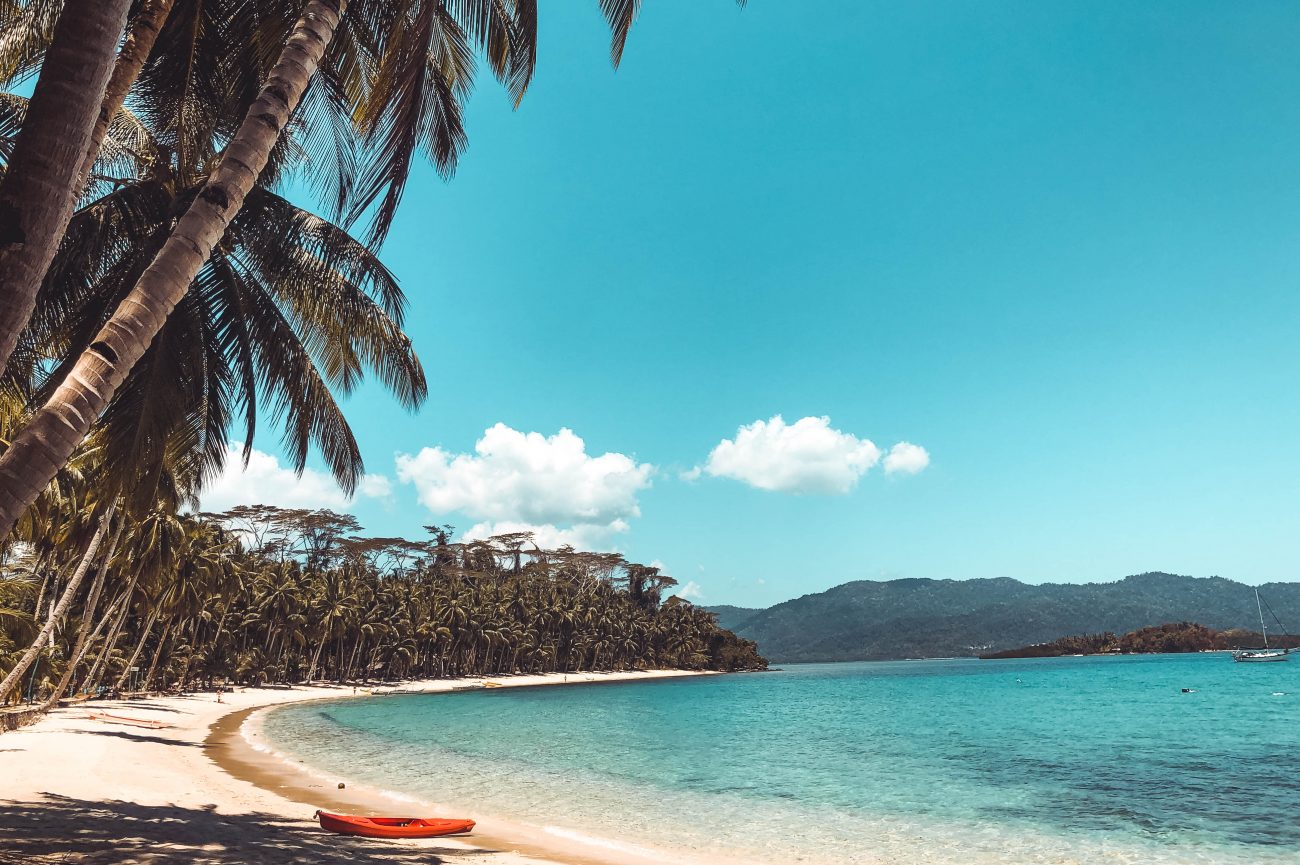 You know that feeling when you are traveling for the first time to a new country and you get overwhelmed with all the new impressions? I (Jasper) experience this a lot in Asia, it is such a different world from the one we know… my comfort zone.

The first time traveling without my parents was to Bali in 2013. Offcourse this is a more touristy island in Asia but still, it has an entirely different culture from ours (Europe). Getting out of the airport in Bali was so overwhelming, all those people waiting for other people arriving or trying to hustle the newly arrived tourists in their car. Luckily, we prepared a little back home and booked a nice hotel in Ubud. It was in a backstreet so it was more quiet and it calmed my mind a little. But going out somewhere was really stressful for me. I really had to get used to all the people trying to get your attention, trying to sell you something. When you are walking down the street every few meters there is someone shouting to you, ‘taxi taxi’ or ‘massage massage’.

I really struggled with everything during that trip. Being on a different continent, arranging things, trusting people. A couple of days into the trip we went to this town, which was basically several hotels spread across a long straight road. The taxi dropped us off somewhere in the middle and we needed to get going to arrange a room for the night. As we had really heavy backpacks it was the most sensible decision that one of us would go look for a hotel and the other would wait by the bags. The gentleman as I was, ugh not, I waited by the bags and let Lonneke arrange it as I was too scared to do it. In my youth I wasn’t really pushed to arrange the things for myself and had most of the things taken care of for me, and this now got up to me. After that experience Lonneke really tried to push me to go arrange things. And she really had to push hard to get me doing one thing. So almost half way into the travel I had the ‘task’ of arranging a snorkel trip in Lovina beach. As Lovina is a pretty touristy place this wasn’t that hard to do, but I really needed to get over a hurdle to start doing this. Together with Lonneke we walked into different shops to see which trip we wanted to take. However, we made the rookie mistake to sign some paperwork at the first place we asked about a trip. The guy told us that it was only to make sure that there was space on the trip if we decided to book it later on but that we were not obliged to anything. So I put my signature down and we went off to see if there were better trip to get. We shortly thereafter found a better trip and payed for it and went to the beach. When thinking about the signature we realized that this could bite us in the butt later on. I had put my signature down so I really needed to go back to fix this. So after some persuasion I went back to the guy on my own and after some talking had the guy tear up the piece of paper with my signature and everything was good. I realized that they don’t have something against me, but that this is just their sales game and it is not personal.

My original plan was to do this trip by myself. But soon I met Lonneke and we decided to go together. I really couldn’t imagine how this trip would have turned out if she wasn’t there. I really weighted heavily on Lonneke, she arranged almost everything on that trip especially in the beginning. It really took me a lot of time to see that most things weren’t personal. In the end I began to just say, “no thank you”, after which I experienced that that was ok. Nothing happened, the people in general were very nice. Almost on the last day of our travel I met the nicest taxi driver. He was a very relaxed guy, just came for a little talk. He said if you need a taxi just give me a call but he was already happy with the nice talk he said. This talk really boosted my confidence that I could do this and you just needed to follow your gut.

Years later, in 2017, we went to Nepal for four weeks. Again we didn’t have a big planned itinerary, we knew some places we wanted to visit but wanted to arrange everything there. This was our second time in Asia, but Nepal felt way different from Bali. If you have been in Kathmandu you know that it is really a hectic place and pretty under developed. Which is logical as we visited Nepal 2 years after the big earthquake of 2015, the Gorkha earthquake. A lot of buildings were still not restored and basically only the ring road is paved and most of the other roads are only compact dirt. But besides that, everywhere there is garbage, on the electricity poles there are hundreds of cables coming from everywhere. It smells like acid and the traffic drives you nuts. When being in Kathmandu we really had the feeling that we were lonely tourists who needed to survive. Getting a visum was already a challenge, nobody on the airport seemed to know how to get it. There are a group of machines with a sign visum, there are tables with a lot of forms and a lot of people who are in line in front of a desk. Everywhere visum is mentioned but nobody knows why they are in that specific line. We decided to fill in a form and get in line for the desk. When we got closer to the desk we could read that you could only pay in cash, but we had no cash. So I went to the ATM to get some money, but the ATM did not really work. I had to figure out something. The years after Bali learned me to be a little more proactive and I asked some people at the ATM if it should work. In the end after some tries I got money out. In the meantime Lonneke was almost at the front of the line. When we got up to the desk and started to arrange everything, the officer told us we had to pay in dollars… Ok. You couldn’t pay the visum for the country in it’s own currency.. interesting. I quickly went to the exchange office which was close and exchanged the Nepalese Roepies to Dollars after which we could get our visum. Previously, I would have let Lonneke handle this, but with some more years under the belt I was more confidence with these things.

What I soon realized that for me there is a big difference between cities and rural areas. After spending some time in Kathmandu we started traveling to more quite places. We planned a trekking in the Himalayas and hike the Annapurna Circuit for 10 days. During this hike you start out around 1200 m and end up going over a pass at 5416 m. A lot of people decide to walk this with porter and guide, but we decided (after a lot of help in Pohkara from Raj the owner of the guesthouse we stayed in) that we wouldn’t use the porter and do it on our own. I think this was the best decision and also why we experienced such a big difference between city and rural travel. During the trekking we just felt relaxed and because there are not a lot of people there and you are not on edge all the time. We really liked the simple life of getting started in the morning, start walking to your destination, and in the evening start planning your next day. What also made a big difference and resulted in less stress was the fact that we didn’t need to hustle and get a taxi or tuktuk to our next destination. The only thing we needed to do is walk and get a place to sleep (which was very easy on the trekking to arrange). In the end we made it over the pass and got back to civilization after 10 days, this trekking was the thing that made our travel to Nepal special.

In 2019, we traveled to the Philippines, again some years later. But I realized, I still get into stress mode when going to a new country. Although it is very different from the first time travel to Bali, the moment we touched down in Manilla, the capital city of the Philippines, stress mode was on again. I heard many bad stories about this city, it has a history of violence (if you wanna read more about the stories around this theme) so I have to admit, I was a little scared to be there. If I would have let fear take over, I would probably just stay at the airport until I had to fly back home. During the taxi ride I was on high alert, checking constantly if he was going in the right direction. I really didn’t wanted to end up in a bad part of the city and you all heard the scam stories that can happen in these kind of places. But in the end we got to our destination just fine and the stress was not necessary.

At our hotel, we met the nicest hotel owner, he showed us around, told us where it is good to eat, that it is safe to walk the streets and where we should and shouldn’t go. The place were we stayed the first couple of days in Manila was called Frank Lloyd Appertelle (check them out here), really a nice place to stay if you need a place in manilla. After that I started to feel more relaxed, but generally it takes me about a week to get comfortable in a new country. Lonneke is way more relaxed about these things, she is really the more stress resistant, haha. We started by using only taxi cabs, to later change to tricycles and in the end of our travel we were just traveling in the local bus (squeezed together as there way to many people in there off course😂).

Basically, what I want to say is that although getting out of my comfort zone is exhausting it makes me feel alive, it helps me grow as a person and it is something I want/need to keep doing. It just takes time to adjust, especially for me, and sometimes I just need Lonneke to tell me to relax. In the end it is worth it, I am always happy that I took the plunge and the most fun stories start with a little hardship.

Any cookies that may not be particularly necessary for the website to function and is used specifically to collect user personal data via analytics, ads, other embedded contents are termed as non-necessary cookies. It is mandatory to procure user consent prior to running these cookies on your website.